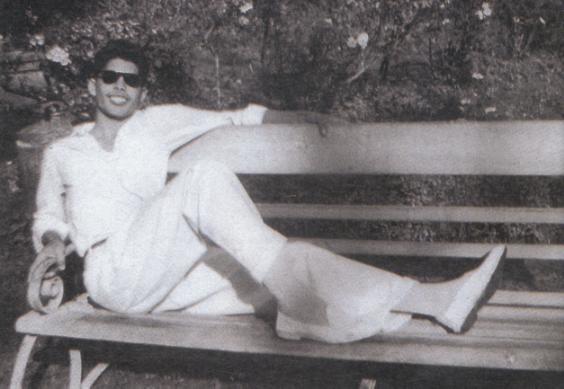 Oh yes, I’m the great pretender
Adrift in a world of my own
I play the game but to my real shame
You’ve left me to dream all alone…
– Lyrics of  The Great Pretender…

Freddie Mercury (Queen) is one of the most iconic figures in the world of music. A unique voice that swooned a multitude of fans, Freddie has a cult following that transcends age, nationality, religion and sex. Freddie had his unique style and his music reflected a persona that believed in living life on his own terms. A pilgrimage through Freddie’s memorable life shows that his creativity was profoundly influenced by the various aspects that surrounded him from time to time. St. Peter’s in Panchgani was one of his first steps in the realm of music as well as a significant influence on his musical creations.

A Pilgrimage of Freddie Mercury’s Life (Early Life in Panchgani)

Freddie Mercury was born as Farrokh Bulsara on September 05, 1946, in the East African nation of Zanzibar. It was then a British colony and young Farrokh’s father was employed as a British Civil Servant. Farrokh’s ancestral family were from Valsad, Gujarat – a state in Western India and a place from which the family adopted their name. Followers of Zoroastrianism, Farrokh’s parents were quite well off, often participating with little Farrokh in various social gatherings of Zanzibar’s significant Parsi community. These were Farrokh’s first few brushes with music. He was an entertainer even at that young age and would be happiest when he was singing and entertaining the crowd. African culture had an impact on his music but his true calling came when Farrokh went to India.

St. Peter’s was where Farrokh Bulsara transitioned into Freddie Mercury. Nicknamed by his schoolmates, Freddie was the name with which he was known throughout his life (even by his family). Panchgani – a beautiful hill station, some few hours from the economic hub of Mumbai, India – had all the ingredients to let young Freddie’s creativity flourish. Freddie came to St. Peters when he was 8 years old. This boarding school was steeped in British conservative culture, with indiscipline and lack of etiquette being frowned upon. But, it also encouraged students to pursue creative activities. Young Freddie flourished in this environment and his musical skills received excellent support from everyone. Not only was St. Peter’s providing him proper motivation; Panchgani’s scenic environs were also ideal for him to focus his creativity on music. As an individual, Freddie was an introvert, shy character; but once on stage his entire character transformed. Academically Freddie was average and did much better at sports. He had a tenacious drive and it was clearly visible in whatever he did. Music was what made Freddie Mercury the star of Panchgani and this is where his first music band was born in Panchgani. Known as “The Hectics”, Freddie and his mates would cover various rock ‘n roll hits of that time. With an excellent aptitude to music, Freddie could easily perform with any instrument and would often play hits even if he had heard them only once. At Panchgani, St. Peter’s, Freddie would regularly tune to the Indian radio station, ‘Vividh Bharti’, that would play Bollywood numbers. Lata Mangeshkar and Kishore Kumar songs were his local favourites and he would regularly sing them along with international rock hits. Even his music as Queen or those tracks developed after he became famous; certainly show influences of these musical beginnings in Panchgani.

Freddie Mercury, St. Peters and Ravine Hotel – the best place to stay when you visit Panchgani for a trip to Freddie’s musical birthplace! St. Peter still stands, nestled in the picturesque settings of Panchgani. Absolutely stunning landscape; excellent weather conditions throughout the year; away from hustle and bustle of city traffic, Panchgani offers a beautiful outing for tourists throughout the world. A few hundred kilometres from the financial hub of Mumbai, a tour to Panchgani is a serene, comfortable drive due to its excellent road connectivity. St. Peter gets Freddie Mercury’s fans from all over the world, visiting to see the place where their hero was initiated into the world of music.

Freddie’s fans consider it as a must-see pilgrimage to take in the setting that started his amazing journey and most of those that have visited St. Peter’s, consider Hotel Ravine as the best place to stay in Panchgani. St. Peter’s is hardly a stone’s throw away from Ravine Hotel and guests can comfortably visit it as often as they like. Hotel Ravine assures a comfortable stay along with world-class amenities in a setting that offers stunning views. Apart from this, there are other exciting activities to do and places to visit (browse through our site) that can make this an entirely unique experience for everyone. So we invite all Freddie Mercury / Queen fans to the Ravine Hotel, to enjoy the feeling of living in the same setting in which Freddie initiated his musical journey.