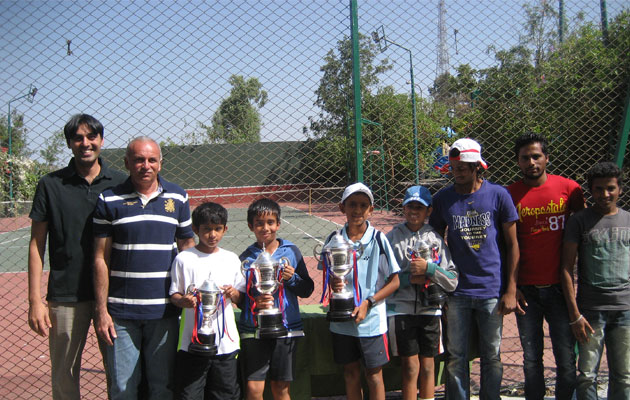 Year 2012 was ushered in with a bang at Hotel Ravine, with the hosting of the New Year’s Party to welcome the New Year.

It was such a delight to watch the Fireworks that lit up the sky at 00 hrs on the 1st day of the year. As the fireworks started to burst out in the mid air it seemed like the stars were descending down to the earth from the sky.

True to the word though, as January sailed through smoothly, the month of February saw the arrival of Stars ( Bollywood and Star Channel).

The Models and the TV Stars of the Star Channel were in Ravine for their shooting schedule from February 10 to February 13,2012.

What can be more Romantic than being in a place where their eyes can savor the Serene beauty of the Valley and their Hearts filled with joy by the total calm and tranquil surroundings of Ravine Hotel .

As the Valentine couples bid their good byes to Ravine, the Stalwarts of the Bollywood Film world started to move in.

Ajay Devgan, Abhishek Bacchan,Asin,Prachi Desai, Rohit Shetty and his Team, Nana Patekar,Shreyas Talpade,Om Puri,Asrani, Director Priyadarshan and his team were all at Ravine for the shooting schedule of Bol Bachchan 2 and Maala Maal Weekly 2.

As the shooting episode was coming to an end, the next show began with the “Little Champs” March(ing) into Ravine for the “Future Stars Talent Series” the Tennis Tournament ”hosted by MSLTA & AITA (Maharashtra State Lawn Tennis Association & All India Tennis Association).